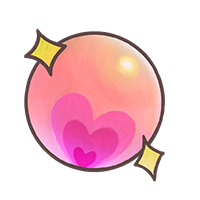 Heart Upgrades are when the player earns a new heart container for their life bar. These can be earned either by clearing certain objectives in the story (such as defeating a boss), or by finding and collecting four Heart containers (called a Heart Orb). The number of currently collected partial pieces is displayed in the player's inventory.

There are a total of 20 hearts which can be unlocked, & unlocking them all will award the achievement Nutrient Fortified.